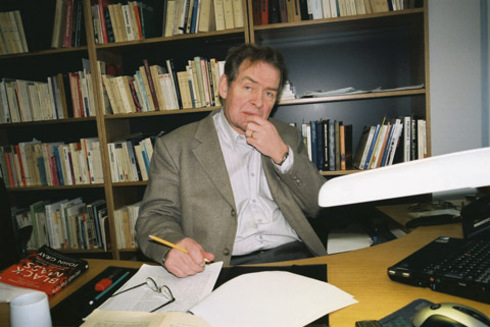 Professor of Philosophy Páll Skúlason on the economic crisis.
Interview in Grapevine 4.12.2008

Philosophers have been outspoken about the current economic crisis. Is this in some way a moral or a philosophical problem?

I would like to draw a distinction between the philosophical questions this raises and the moral questions. Philosophically speaking, these are exciting times, because we are witnessing the end of a certain world. It is a world governed by an ideology which seeks to explain everything by purported laws of economics and has preached that the free market is the only correct way to run human society. This ideology is of course related to economic globalization, and one should not underestimate its influence on almost every aspect of human life in recent times. I think we must look at the downfall of the Icelandic banking system in the light of this ideology and of the policy of economic globalization which has been so dominant worldwide.

Philosophically speaking, we are witnessing great changes to the social world. The disasters we are facing are economic, but at the same time, they are social, political and cultural as well. One might even say that that they have their metaphysical dimension. The material world affects our attitudes and beliefs. It permeates our thoughts, our homes, and our private lives. The bank crash has many implications, not only on the economic aspect of our existence, but also on the way we think about the meaning of our personal and social existence. We know that our social lives are changing drastically because of the financial crisis. This break is even more radical than people realise, because the institution upon which we build our social reality, the state, has failed in its main function, namely to provide security and stability for its citizens.

What the Icelandic nation is experiencing is that the state, the fundamental institution that is supposed to insure our common safety and well-being, is unable to fulfil its role. It has failed dramatically.

It seems to me that people have lost sight of the main function of the state. Justice should be the main principle of the state, but it seems like recently, that principle has been substituted by the principles of efficiency and the bottom line. Do you agree?

Yes, that is because here in Iceland the focus has been on the state as an instrument of power. But this is merely a technical aspect of the state. The state also has an ethical aspect – and people should never forget that fact. Indeed, the technical and the moral aspects should never be separated. They are two sides of the same coin. On the one hand the state is our fundamental institution that grounds our moral duties, such as justice and safety which are ethical concerns. On the other hand, the state is an instrument for reaching certain aims through governmental institutions. But these aims should always be grounded on morality. If we tend to look at the state as a mere instrument, the claim for justice is forgotten.

We rarely see the matters of the state discussed unless it is a discussion about economic matters.

Yes, and this tendency has been growing. The policy of the dominant political parties in Iceland has been to reduce the activity of public institutions and move resources which have belonged to the public domain into the hands of individuals through privatization. This is in the spirit of neo-liberalism which has been the policy of the Icelandic government for many years now. The free market ideology which accompanies this policy has become a kind of “common sense” for many people. There has been very little public criticism of this ideology. To take an example, the word ‘competition’ has been much too widely used and applied here and is the key term of the ideology we have been presented with lately. Competition has been praised for being always for the good, which is obviously false. This is moreover a word that is an ideal tool for tarnishing or disintegrating the idea of our common interests that bind us together, the idea we need to preserve and uphold.

Competition instead of cooperation?

Is greed a motivational factor in this crisis?

What we have witnessed with globalization – and we have been a part of that process – is the attempt to always increase the production of material goods in an effort to further increase the production of material goods. Money, or capital, is the means to this end. Globalization has brought growth to financial institutions, we played this game and we were quite successful for a few years; apparently we became one of the richest nations in the world. Nobody was a ‘real man’ unless he was aiming to make more money. Our whole society was brainwashed with the idea that the most important goal in life was to make money. Money became the measure of all things.

A society like this can never prosper. Greed is the impulse ever to strive for more money or more material goods without any consideration as to the meaning of the goods in question. A society that is governed by the idea that money is the only value becomes inevitably corrupt and succumbs to greed. It forces economic thinking upon all aspects of life, upon politics, upon families, upon aspects of life in which money really has no value and is of no importance, aspects of life where other values matter more.

For example, you don’t go to school in order to become rich. You go there to get an education. But what we have seen is that young people have fallen prey to the idea that you only go to school to get a degree which exclusively seen as an investment, a stepping stone to a high paying job, i.e. something which pays you interests on this investment.

This has perhaps been very apparent in Icelandic universities, where the increase in students in business related fields has been almost astronomical.  And this leads us to something else, which is the commodification of education.

Yes, there has been a tendency to look at students as consumers, and the relationship between teachers and students as that of a seller and a buyer. This is downright corrupting. Education does not follow the laws of economics. This sort of thinking has become very prevalent in our society, and this is a corrupting way of thinking.

Will this crash result in changes? Or is this perhaps just a minor setback?

I hope that we will have the good fortune to turn away from this development and try to create another form of society. We must realise that the society that we have been building was intolerable. A society that is primarily governed by the laws of economy is deeply flawed. It does not take fully into account political values like democracy and fairness, ethical values like justice and friendship, or social values like respect and privacy. There are two changes that need to be made if we are to improve our society. On the one hand, we will need to rebuild the state and make sure that it functions properly. Iceland is a very young state, and it has never functioned as it should. Our democracy is flawed. This is undoubtedly related to our size. Instead of governing the state as a political entity, there has been a tendency to govern the state in the same way that you would run a family or a small company.

Number two: we need to create an economy in accordance with our abilities, that is, production based on what we are capable of producing. And we need to maintain consumption in relation to our production capabilities. There has been a divide between our production and our consumption that is completely unnatural. We have consumed much more than what we have produced.

How do we go about this?

I don’t believe anyone had bad intentions, but the people who have led this country have made far too many mistakes and have clearly failed to do their duty. They have lost all credibility, and I don’t think they will ever regain it. They have no alternative but to resign. This goes for the government as well as key financial institutions. What has been most blatant was the carelessness. People did not pay attention to the signs that were clear. The situation was reported as very serious more than a year ago, and no one reacted in a responsible way. I heard someone describe this as “involuntary treason.” The people responsible have to leave, and we need to clear the table and start over.

We need to strengthen the foundations of democracy, and the most important thing is that the democratic institutions start working the way they should. We need to separate the three branches of power more clearly. The legislative and the executive branches are too closely entangled. The parliament as a legislative power has been ruined. It is completely in the hand of the executive power, something like 90% of all laws passed in parliament originate within the executive branch. So in fact, there are just a few people who make all the decisions.

In addition, the parliament is meddling in all sorts of technicalities that should never be in their hands in the first place. Parliament should focus on the big picture, safeguarding our common interests. The legislative branch has two main goals, to set laws, and to protect our rights and common interests. But the system has failed its supervisory role. What has happened is that we are like a group of teenagers that wakes up one day to find out that their parents have careless and not safeguarding their interests.