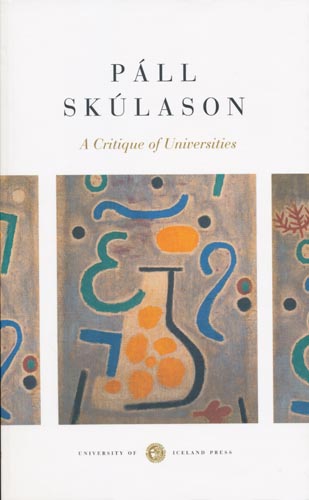 Whart sort of institution should the university aspire to be? What role should it be playing in the present? How should it be governed? Are universities taking proper care of the knowledge that they are responsible for? These questions, along with others, are pursued by Páll Skúlason in the present volume on the basis of many years of reflection and experience of university administration. His main thesis is that universities need to be more dedicated to critical thinking and to cultivate the moral dimension of scientific, and technical knowledge.

Páll Skúlason was Dean of the Faculty of Arts at the University of Iceland for several years and the Rector of that university from 1997-2005. He was also recruited to take an active part in shaping the University of Luxembourg, which was fouded in 2003. Here, he explores the university historically, discusses how the contemporary university has evolved out of Medieval institutions, and presents the influential models of the universitiy that were set out during the nineteenth century. Furthermore, he analyzes the status and direction of the university in the new and radically changed social, political and technological environment of today.